Our Board is focused on what’s best for the academy and its students by challenging in a constructive manner, asking probing questions and seeing the strategic picture. They understand their roles and responsibilities and are prepared to consider dynamic and innovative ideas. Board members analyse data, measure and lead school improvement and drive the necessary changes.

Board colleagues understand the financial and business aspects of running the Trust set alongside the legal implications.

There is a passion about adopting an entrepreneurial stance to make the most of opportunities that are outside of academies normal day to day practices.

Colleagues have a commitment and energy to ensure that all academies drive forward to meet our aim of providing outstanding provision leading to outstanding outcomes. 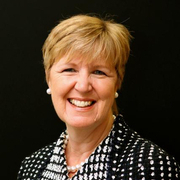 Lady Edmiston was born in the UK where she spent most of her adult life. Tracie grew up with a strong work ethic and the importance of doing good to others as one of her key life principles.

At the age of 22, she became responsible for a programme to assist long term unemployed adults retrain and secure full-time employment, education or selfemployment. As Managing Director of the Agency, she was responsible for 80 employees and a variety of community schemes.

In 1988 Tracie accepted a post to work for Bob Edmiston to assist him in setting up an international charity. As the MD of ‘Christian Vision’, Tracie travelled into many war-torn and poverty-stricken nations setting up projects. Since their marriage in 1998, the day to day operations have been handed over, but today Tracie is the Executive Trustee. 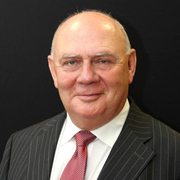 Born in India in 1946, Lord Edmiston, the son of a war time fighter pilot, came to the UK at the age of three and subsequently spent five years in Kenya before returning to the UK in 1962. He started his career as a Bank Clerk but today owns companies in the property, motor and finance sectors with a combined turnover of approximately £650 million.

The I M Group of companies have activities that include importing various car marques into Ireland, Sweden, Finland, Denmark and the Baltics, and has a Beijing office which, in addition to developing Group interests, operates as a consultancy to industry generally, acting as a trading house and as a procurement office on behalf of third party clients.

Lord Edmiston is a father of a grown-up family, has ten grandchildren and three great grandchildren. He married Lady Tracie in 1998. Together in 1988 they had founded CV, an international charity with offices in 22 countries. Lord and Lady Edmiston have sponsored three senior schools.

Lord Edmiston, having been a member of the House of Lords, retired in July 2015 to devote more time to his charitable activities 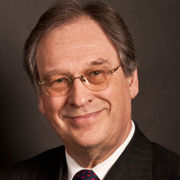 Martin Lawrence MBE has been supporting school governing boards for more than twenty years. He has also been a governor at a wide range of schools, including vice-chair of Sponne Academy. He was the Leadership and Governance Adviser for Northamptonshire County Council from 2000 until 2013 and vice-chair of the National Co-ordinators of Governor Services.

Martin is a director of GLM, the not for profit organisation that accredits schools with Governor Mark and is a trustee of Governors for Schools, a national charity recruiting, training and supporting school governors. Martin has worked with more than 300 governing boards, undertaken 32 external governance reviews and overseen the work of 10 interim executive boards. He is a Liveryman of the Worshipful Company of Educators in the City of London. 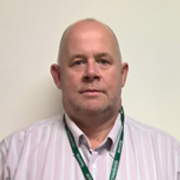 Christopher Watt was a founding Member of Tove Learning Trust and is Chair of Trustees. He has also been Chair of Governors at Sponne since 2007. Chris has extensive experience of being a governor for over 20 years at Sponne, having seen the school through foundation, trust and then academy status.  Chris was Previously Chair of Governors for 5 years at a primary school.  Chris is currently a member of Academy Improvement Boards for Grace Academy Coventry, and Lord Grey Academy Bletchley.

As a National Leader of Governance (NLG) Chris provides external reviews of governance together with mentoring and coaching for chairs and governing bodies. He supports in various school contexts on behalf of Local Authorities offering support and challenge. He is an Investigating Officer for Local Authorities concerned with governance issues.